Whether you’ve never been to a Pilates class in your life or if you’re a seasoned professional, you might not know how this popular exercise came to be! Today, we would like to share more about the origin and history behind Pilates. Contact the team at Sculpt + Sweat today if you would like to learn more about our classes and various levels!

Creator of Pilates and Pilates Reformer

Pilates gets its name from the creator himself, Joseph Pilates. He was a German-born man who immigrated first to Britain and later to America. He used a new method of body-conditioning that had not been used previously. This method demanded the use of an “apparatus,” which was a piece of equipment he designed. Today, it is known as the Pilates reformer, which we use in our studio today.

Joseph Pilates was born in 1880 near Dusseldorf as a sickly child who was determined to grow stronger and healthier with each passing day. He became a well-known bodybuilder during this time, and he even worked in his teens as a model for anatomical drawings. He was possibly the first person to combine both Eastern and Western ideas about movement and physical fitness with one another. He would research and practice as many different exercise styles as possible, including Roman and Greek exercises, bodybuilding, and gymnastics. He practiced all of these alongside yoga, martial arts, tai chi, meditation, and other Eastern disciplines.

At age 32, he left Germany for Britain where he became a professional boxer, an expert skier, and a talented diver. He also taught self-defense to Scotland Yard detectives and even worked as an acrobat in the circus.

World War I and Pilates Development

Once World War I broke out, the British interned him as a German enemy alien. However, he took advantage of this time and began to work on developing conditioning techniques that would later become Pilates. He also worked as a nurse during this time and began attaching springs to the hospital beds of the injured. This way, patients got a chance to strengthen their muscles even while they were stuck in a bed. This was the origin of the Pilates reformer machine! The early versions of this machine were shaped like a sliding bed and used springs to provide resistance.

After the war, Joseph returned to Germany and worked with Rudolph Laban, the creator of basic dance notation as we know it today.

In 1923, Joseph made his move to New York with his wife, Clara. His exercise routine was an instant success, especially with dancers like Martha Graham and George Balanchine. Many dancers found that Pilates’ strengthening techniques were the best way for them to fully recover from injuries as well as prevent them in the future. After some time, people outside the dance community got a chance to hear about this method. He first called his method “Contrology,” which would later be referred to by his surname. He claimed that the guiding principle of this practice was a quote from Schiller: “It is the mind itself which builds the body.”

While Pilates became widespread in America, it took much longer for the practice to return to Britain. In 1970, Alan Herdman brought it back after a visit to Joseph Pilates’ studio in New York. Herdman created Britain’s first Pilates studio at The Place in London that very year.

If you are ready to experience the techniques that Joseph Pilates spent his life developing, then it’s time to give us a call at Sculpt + Sweat in Las Vegas. We know how wonderful of a workout this is, as well as the numerous benefits you’ll experience if you give Pilates a try. Reach out to us today to learn about our classes. We would be happy to guide you to the perfect class for you.

And more! Call us today to begin. 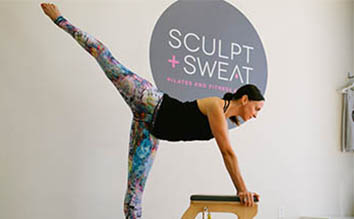 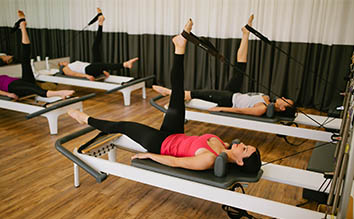 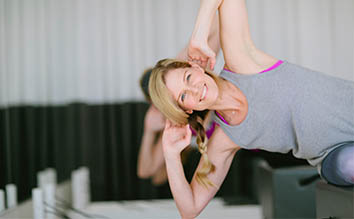